Personal menu
Back to all

How Does the NEW Tom Ford Noir Extreme Parfum Compare to the Original?

Does the NEW Ralph's Club Parfum Claim the Top Spot From the EDP Version? The New Armani Code Parfum is the Code I’ve Been Looking For All Along 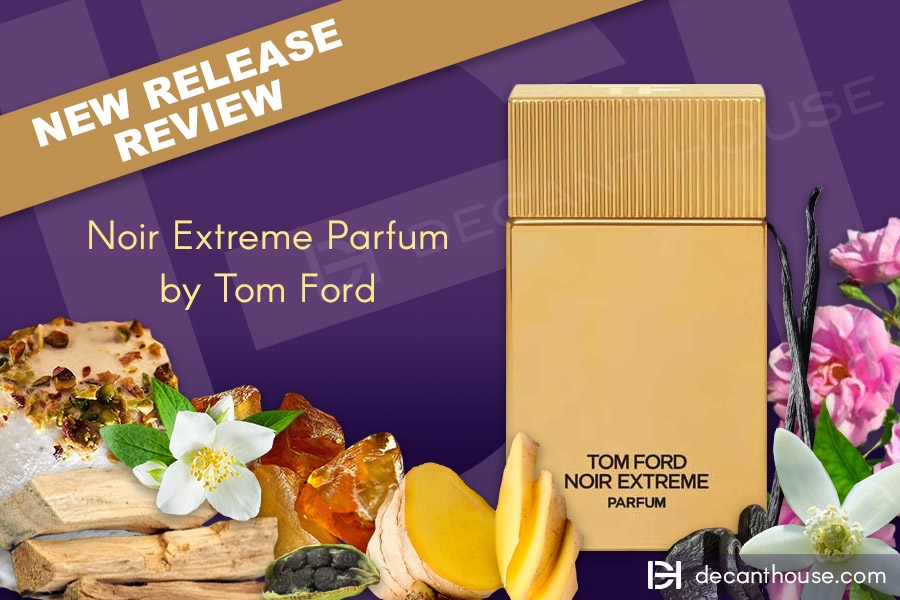 As always, going into this review I went into it with an open mind and admittedly a lot of excitement. Tom Ford to me is slowly becoming my top-tier designer as far as my collection is concerned and while there are still so many fragrances left to smell, this new release made it easy to tick another box in my Tom Ford journey. Now while there have been a few that I have smelled that really didn’t work for me (Don’t get me started on F****** Fabulous), I’ve heard from different people that Noir Extreme, the original, didn’t work for them either so I was on the fence but a bit optimistic.

So, with that in mind, I sprayed the EDP on my left arm and the new Parfum on my right arm and right off the bat, the opening on the EDP immediately surprised me. Spicy and sweet enveloped in a blanket of warmth and class. A fragrance scent profile like no other that I’ve ever smelled before and I was hooked. But then I moved to my right arm where the new Parfum version was patiently waiting and that cardamom and neroli were still there from the EDP but the bright citrus & gourmand scent levels were cranked up to max. I was mesmerized by how overly complex this fragrance initially smelled. If I had to pick a better of the two in the opening, the Parfum version was by far a clear winner.

On to the mid

The mid on both the EDP and Parfum are mostly similar with gourmand floral notes throughout. Both still bright and very pleasing smelling. While this fragrance is mostly a nighttime cool weather fragrance, one would think by the note breakdown that it would be more of a spring summer fragrance. Take a look at the note breakdown for the Parfum version; cardamom, neroli, ginger, mandarin orange, citruses, kulfi, Bulgarian rose, jasmine, orange blossom, suede, vanilla, leather, amber, guaiac wood, cedar and tonka bean. That's 16 different notes that make up this complex yet sexy and opulent fragrance.

Lastly, the dry down

The dry down on both to me emphasize what I love most about Tom Ford's fragrances and that's their use of woods and leathers. Up until this review, Ombre Leather and Oud Wood rounded out my top two from Tom Ford but the new Parfum version has instantly claimed the number 1 spot. The dry down for the Parfum version uses both woods and leathers combined with vanilla, amber and tonic bean and while it's not Oud Wood, it's still very warm, dark and sensual.

Longevity on both are similar with around 7 to 8 hours but the projection on Noir Extreme Parfum is where you'll notice the extreme difference. I noticed the Parfum version still radiating off my skin even 4 hours after the initial spray and you don't have to get super close to notice the warmth of those woods and leathers.

With a fragrance like this, you'll definitely want to smell it before you buy it. This fragrance is almost dipping its toes into niche territory with its lack of mass appeal and overly expensive price tag ($230 for the 100ml bottle/$175 for the 50ml). So, a blind buy on this fragrance is worse than a 50/50 shot considering that, again, it's expensive.

While people’s noses and opinions are always going to be different, I think a lot of people in the fragrance community can agree that some of these recent releases are smelling way too close to the previous releases. It’s my opinion that while Noir Extreme and Noir Extreme Parfum smell amazing, they both smell too similar and if I can only recommend one, it would have to be the Parfum. Much like my previous review of Ralph’s Club Parfum the differences of the two make it almost impossible to tell you to go out and buy both, especially at Tom Ford prices. So, if you don’t have either of them, go straight for the Parfum version. It’s more aromatic, stronger projection and the leather base is strong. But if you want to see which one will work best for you, you can always get a decant of the EDP here and also the new Noir Extreme Parfum fragrance here. Try them both here before you buy!

Let us know in the comments below your thoughts on Noir Extreme Parfum. Was it a win for you? See you in the next review!

Subscribe to our monthly newsletter to be informed about our latest products and exciting promotions.